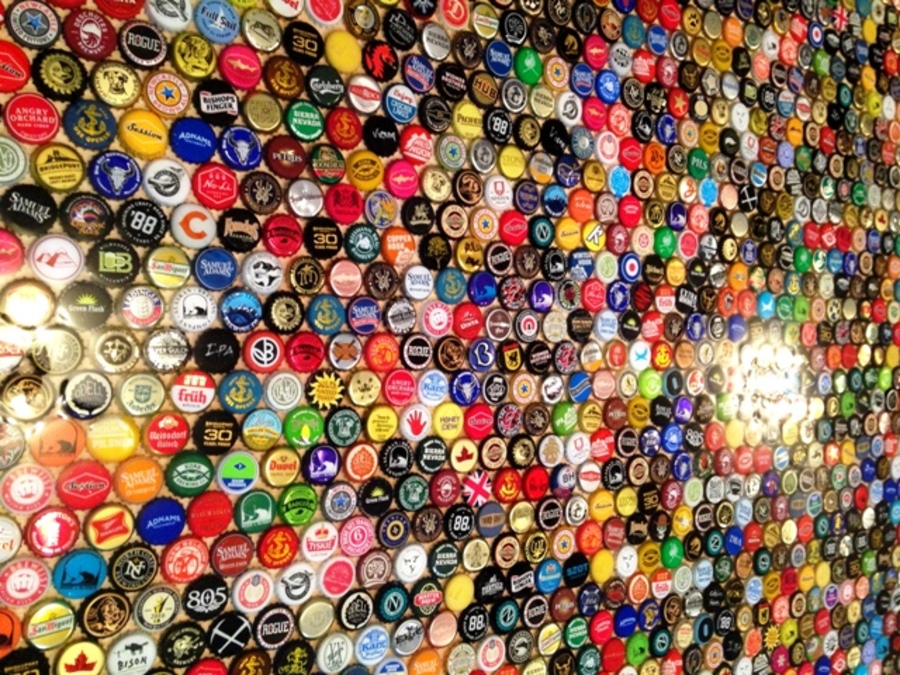 It takes a lot of work to start up a craft brewery. Take, for instance, our bottlecap wall. For years now we have been tirelessly drinking bottles of craft beer, and along the way saving every cap we thought was cool or interesting. Tough job, but someone’s got to do it. 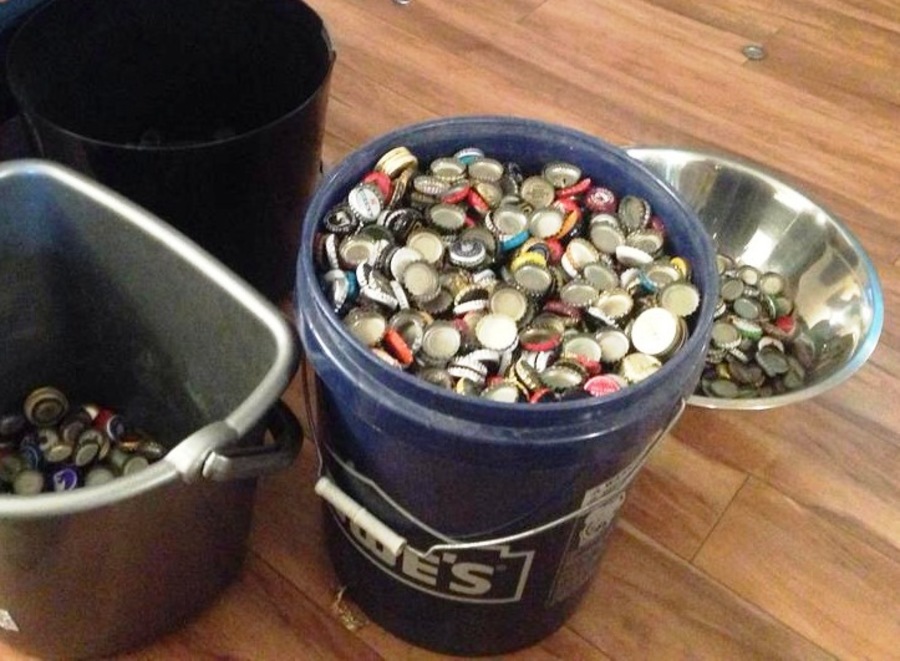 Last month, we complied the fruits of our labor (and the labor of an equally thirsty friend), bringing together a jumble of old boxes and buckets all spilling over with caps. Then came the task of sifting through them for duplicates. It turns out that, over the years, Wades have enjoyed more than one bottle from several good craft breweries: Deschutes, Sierra Nevada, and Alaskan ranked pretty high up in terms of our “go-to” beers. 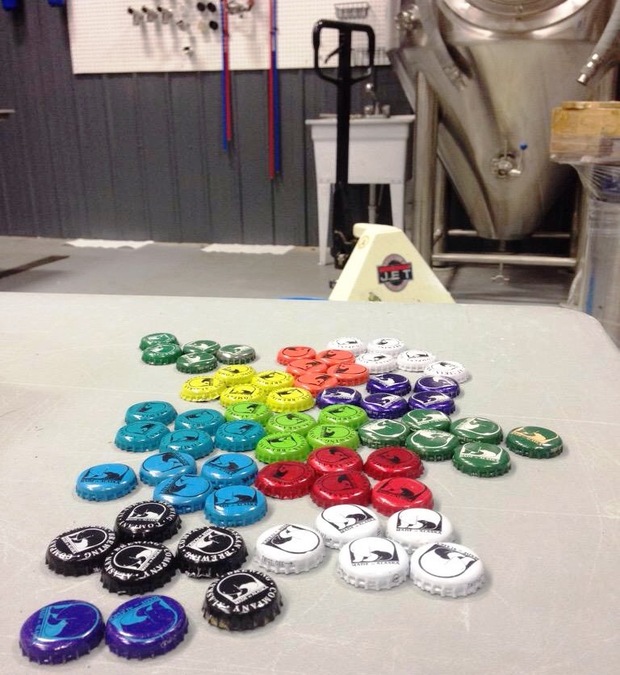 The caps that remained at the end of this weeding process represents a kind of steel history of our sudsy influences, including a lot of American craft beer, British real ale, and brews from across Europe, especially Germany and Belgium. At one point James thought he lost the cap of a Westvleteren XII bottle he was given while staying in Brussels, but luckily – after a group hunt – Jack was able to find it. We threw in a few of our old homebrew caps too, which we’ve set amongst caps from the breweries and beers that inspired Jake and Jed to take up homebrewing in the first place. 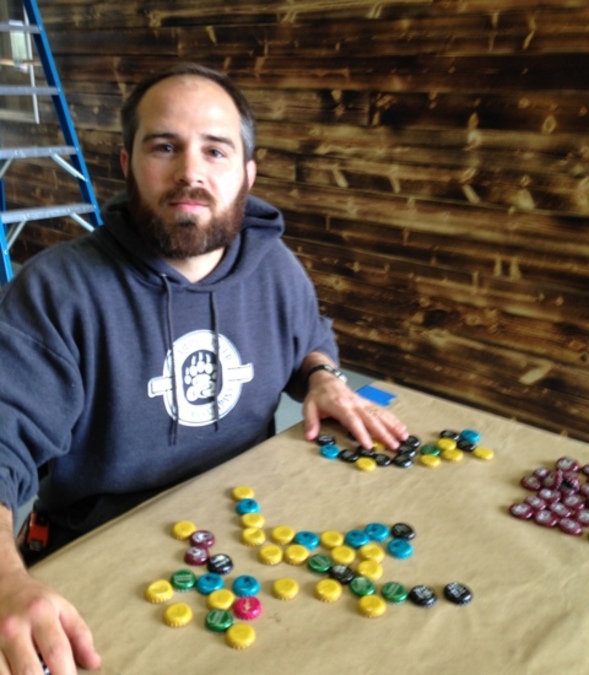 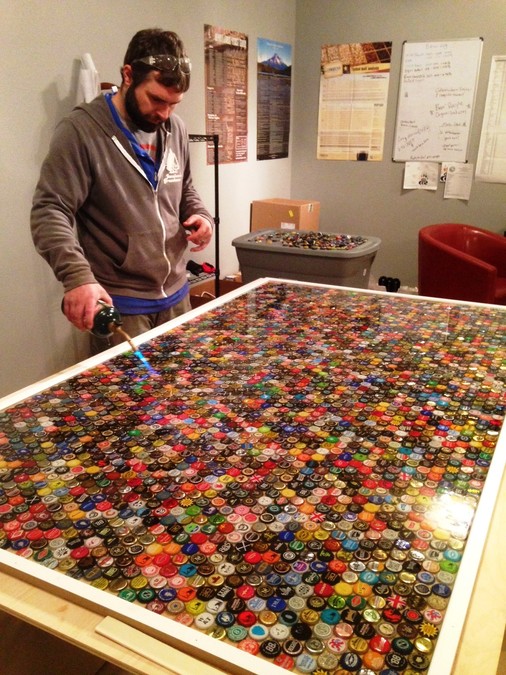 We sealed them with a coat of clear epoxy, and after a three-day cure, we hung it in the restroom in our taproom. When you visit, see how many caps you recognize, and see if you can spot the Westvleteren XII. 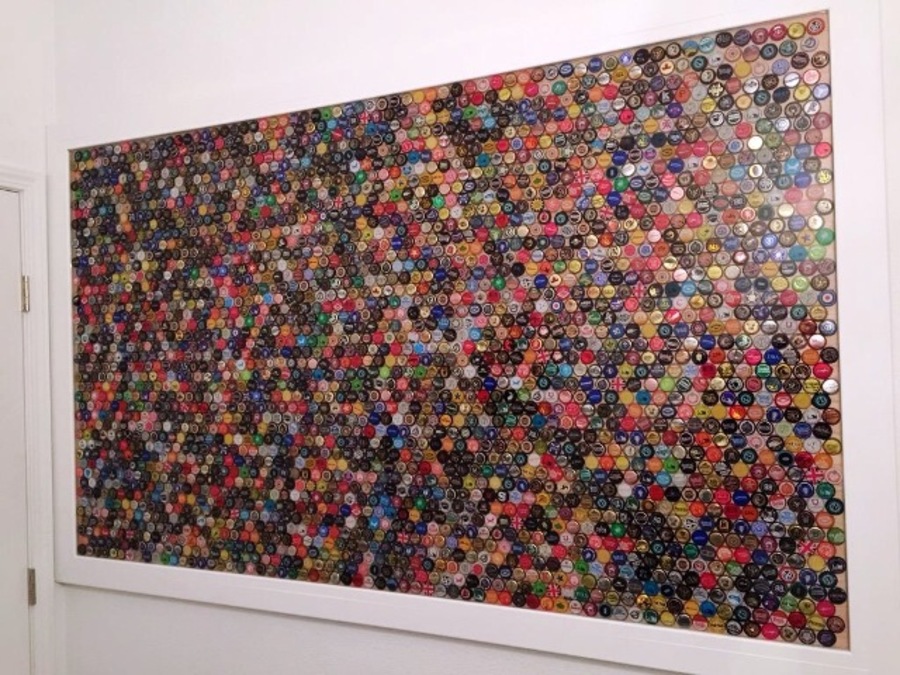