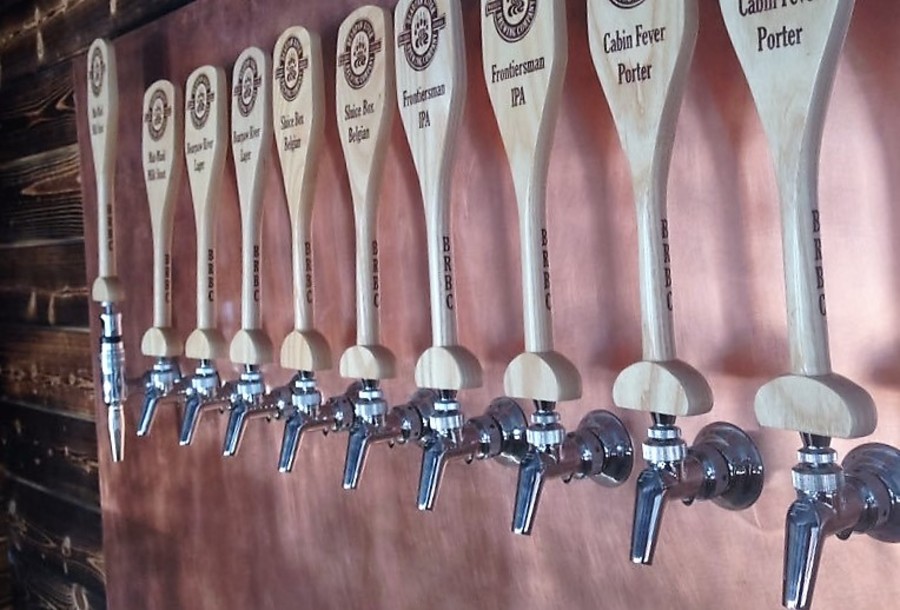 Getting a handle on things

As we gear up for our first brewday, Head Brewer Jake has been focused on dialing in every aspect of our new equipment and finalizing his brewing notes for each recipe. At the same time, Jack has been finishing up a project that we have been thinking about and working on for over a year: designing and making our Tap Handles.

It all started with a question: how can we make tap handles that authentically represent what this brewery, and our beer, is all about? We batted several ideas around, but we eventually struck on the boat paddle, with its ties to fishing and to quiet days out on the water. We also liked that our paddle tap handles would naturally be made out of wood. Like so many other elements of the brewery, we wanted to make the handles ourselves. Jack had been woodworking for many years, but he had never used a lathe, so the first thing he did, once we decided on a basic concept for the handles, was to buy a lathe and learn how to turn wood. 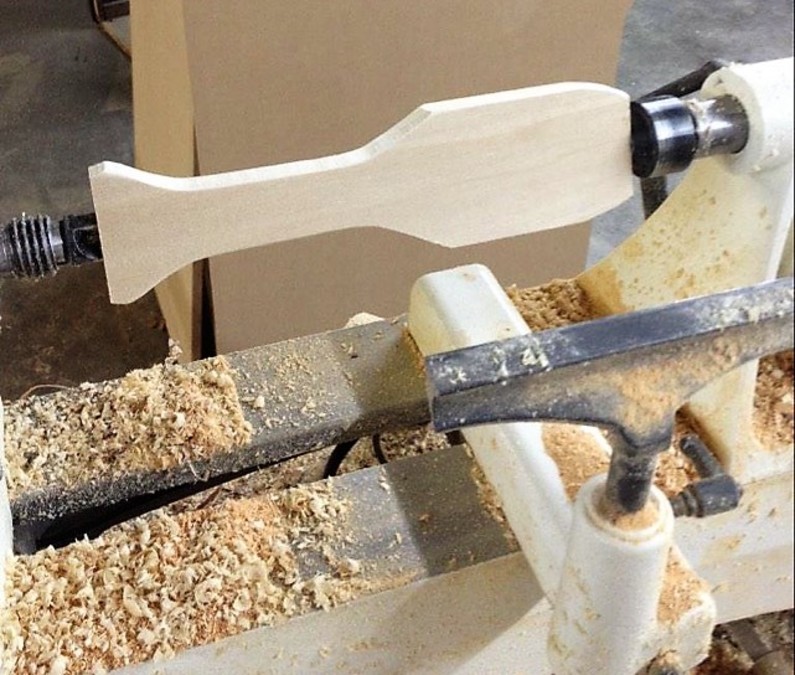 While mastering the lathe, Jack experimented with several tap handle prototypes, and the four of us mulled over what precise shape they should have and what should be written on them. Jack knew a man on the peninsula who could make laser engravings on wood, so we asked him to make up a few prototypes. 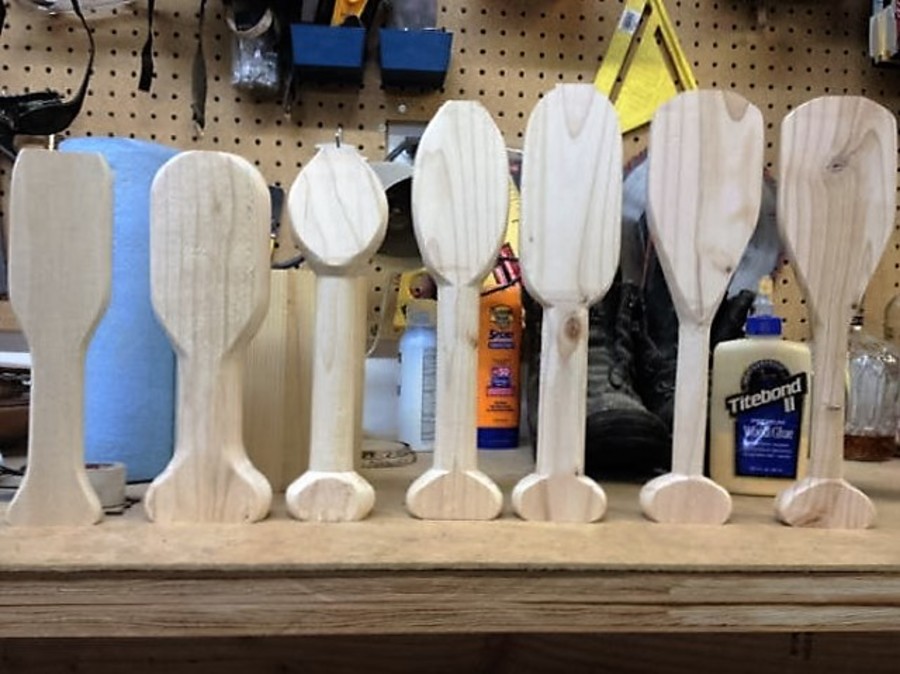 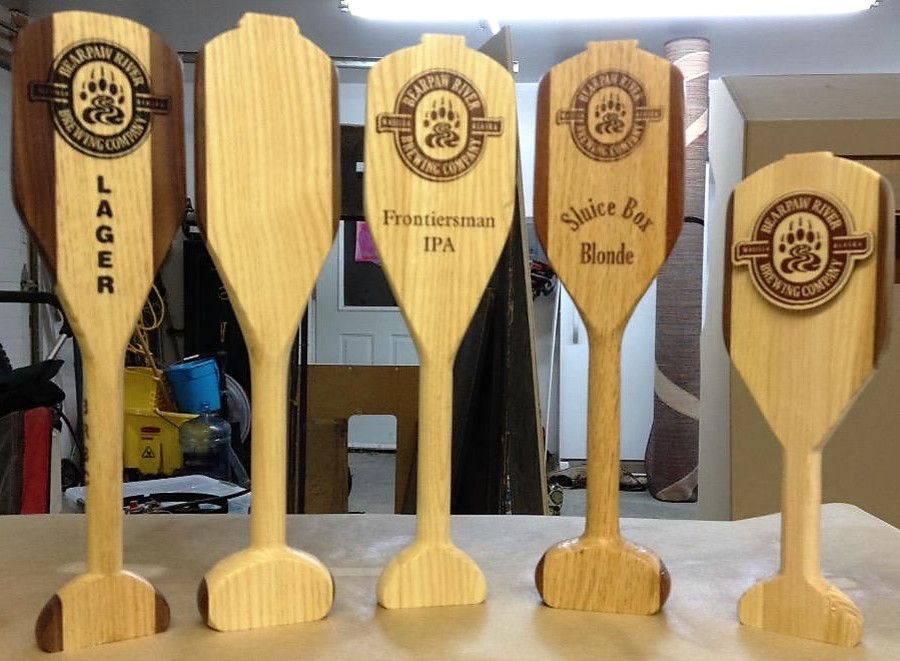 Together the four of us hashed out the shape and design of the handles, and then the real work began. Jack cut, turned, sanded, and finished 50 handles over the course of a few months, completing them all in the midst of the carpentry work he was doing in the brewery and the taproom. Then all 50 handles went down to the Kenai to be laser engraved with our logo, the beer names, and our initials – BRBC. 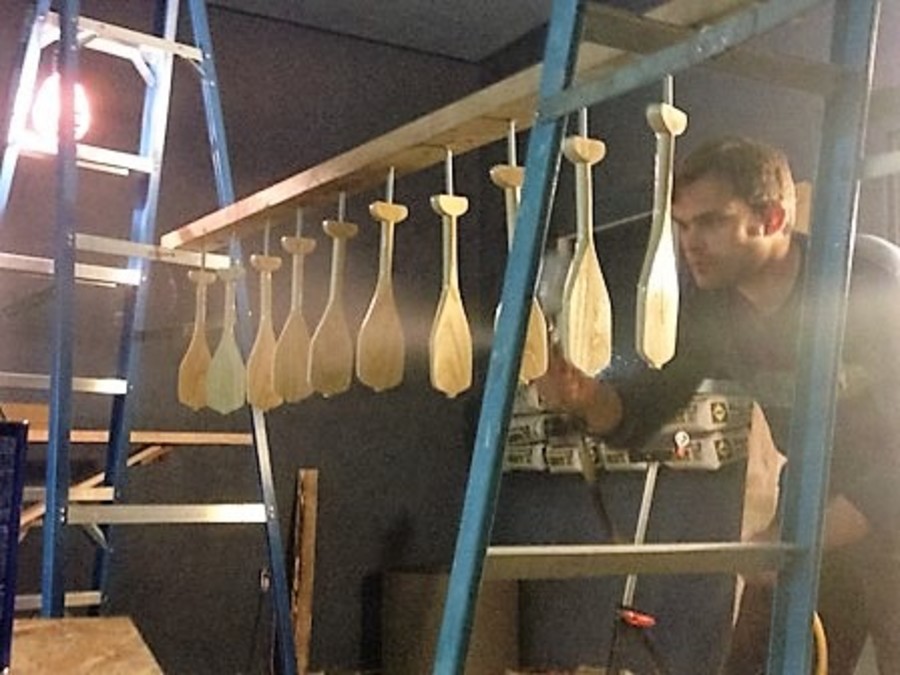 After that, Jack gave them a final finish, inserted the fittings for the taps, and now they’re ready for the Grand Opening and the first pour. For us, they’ll always be one more link between BRBC beer and those long summer days out on the river. 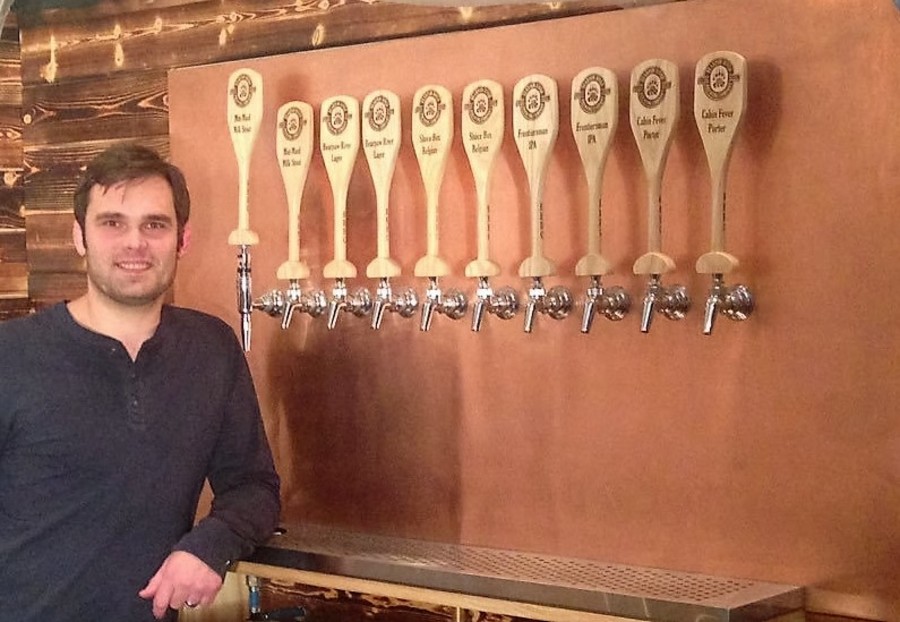