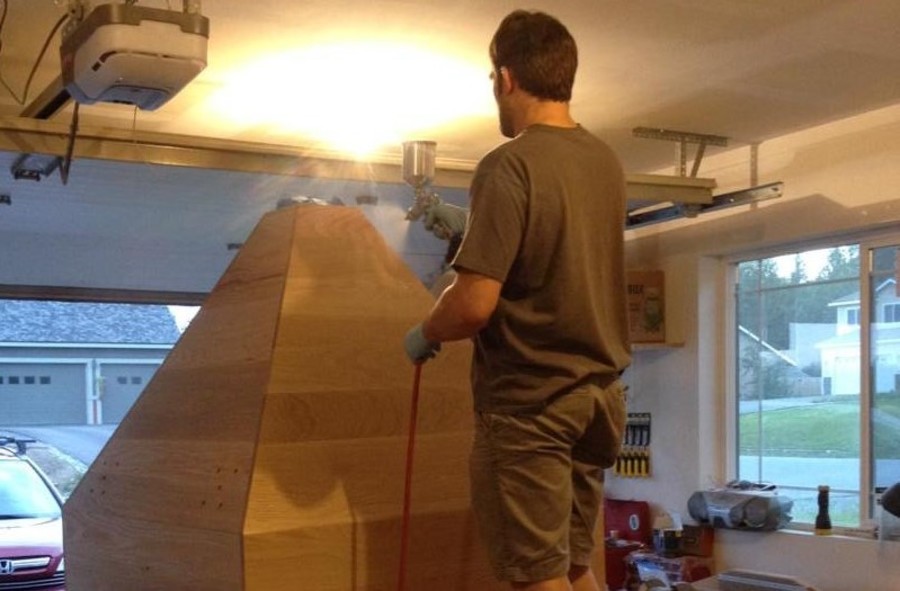 Jack, our Chief Carpenter as well as our Numbers Man, has designed and built our Grist Case. It’s one of the coolest things we’ve got in the brewery. On brewdays, we’ll start by milling whole grains into a coarse powder called grist. The grist will be just the right texture and density to allow the water in the mash tun to absorb as much of the grain’s goodness as possible. In this sense, brewing beer is a lot like brewing tea. 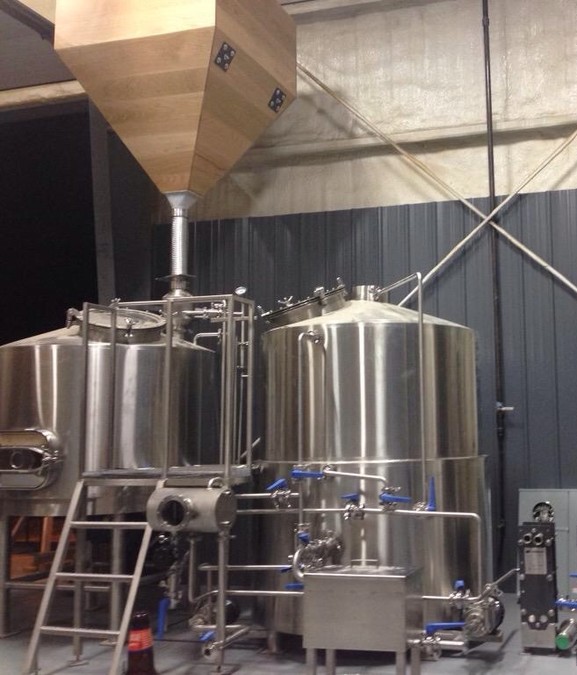 When the grist drops out of the mill, set up on our dry storage, it falls into the flex auger we built to carry it to the case above the mash tun. The auger is essentially a pipe with what looks like a stretched-out slinky inside. When the slinky rotates, the grist is pushed up through the pipe and into the grist case, where we’ll hold it until we’re ready to start the brew. It’s a conveyance technique that goes back to ancient Greece, and is said to have been invented by the classical engineer Archimedes. Using an auger to drill holes for ice fishing produces the same effect of lifting chipped ice to the surface. 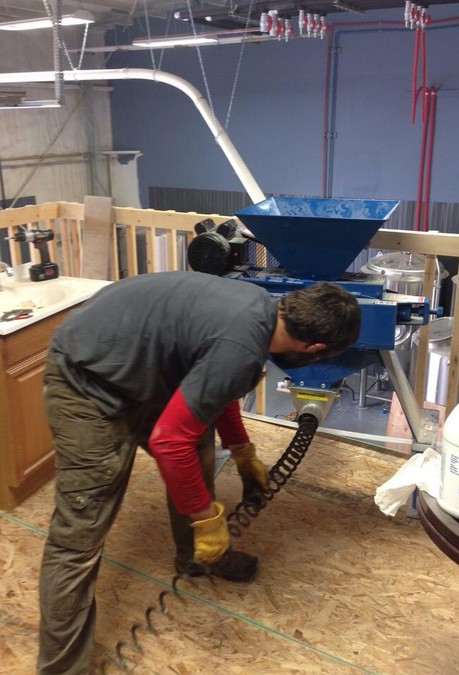 When the grain reaches the case it will stay there until all the grist for the beer has accumulated and we’re ready to drop it into the mash tun at the start of the brew. Between the mash tun and the grist case we also have a grist hydrator, which essentially kickstarts the mash by spraying water through the grist as it falls, another technique to create consistent absorption. If there was a grist hydrator in every kitchen, the world would be free of lumpy oatmeal. 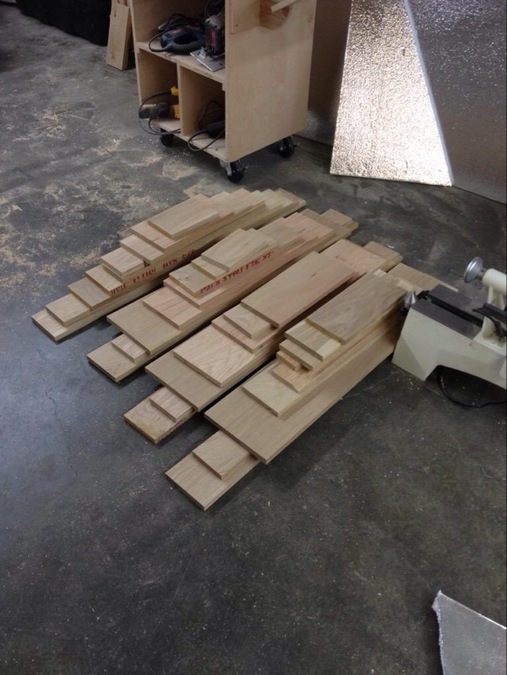 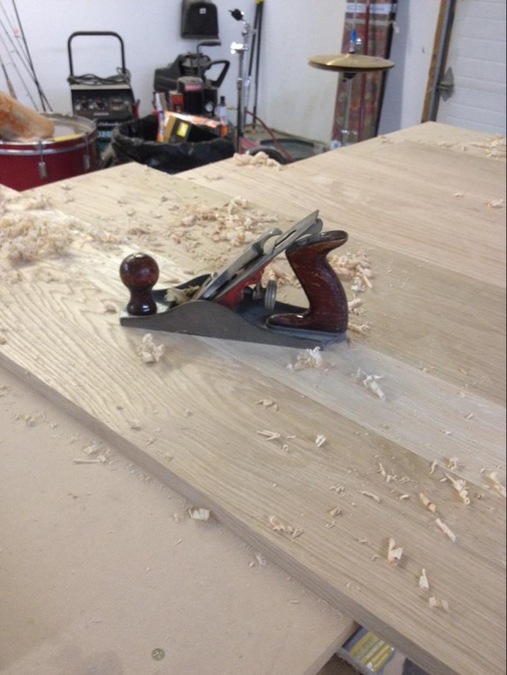 Jack designed our grist case out of white oak, and it’s built to hold a lot of weight. Our average brew calls for 700 pounds of grain, and when we brew our bigger beers, like a Double IPA or an Imperial Stout, we’ll have even more suspended above the mash tun. For a beer like our Frontiersman IPA, that’s nearly 10 million individual grains of barley, all milled up into minuscule chips and particles, waiting to be made into delicious beer. 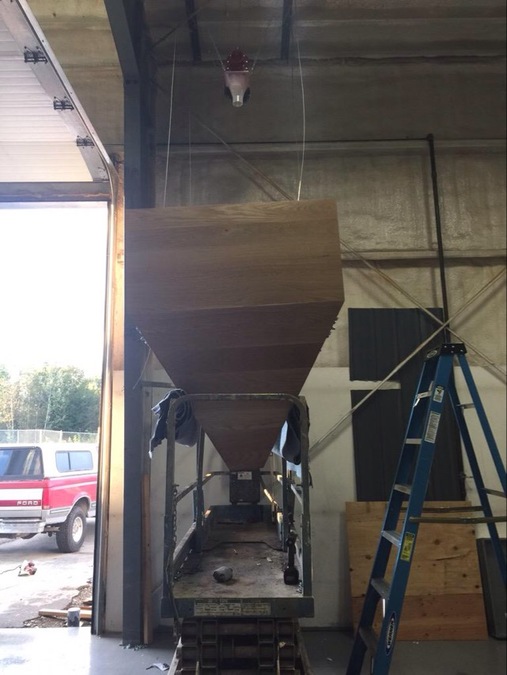 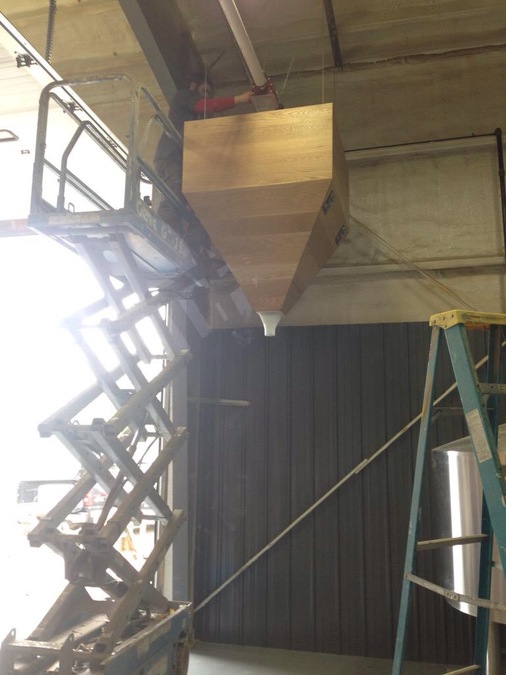 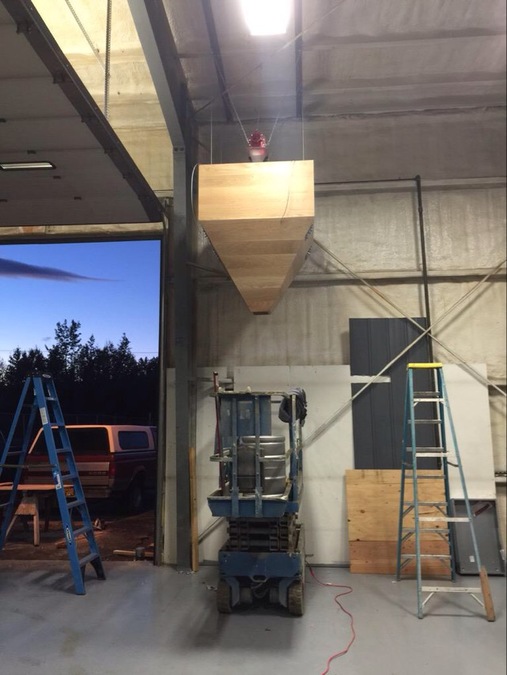