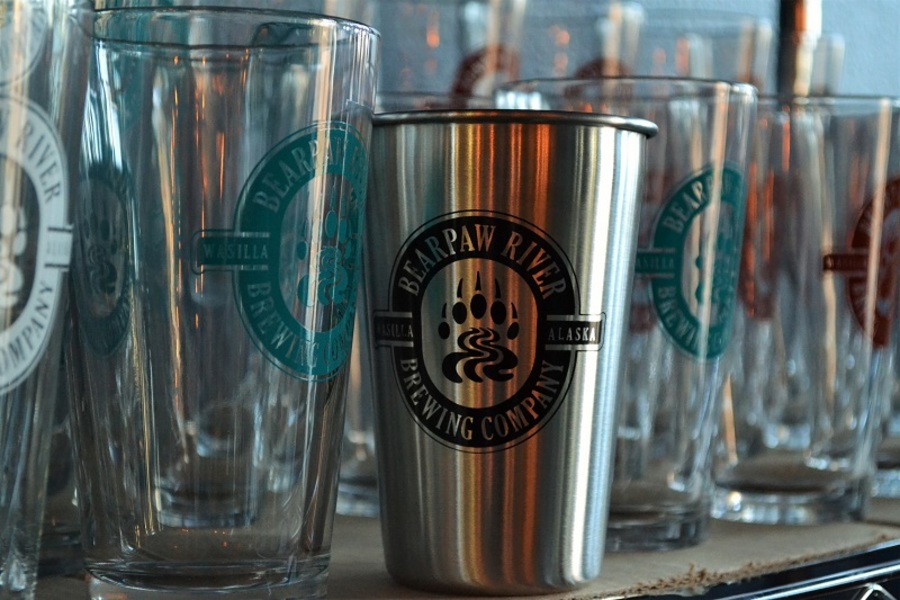 This past Sunday, 19 June, marked our six-month anniversary. That’s half a year of brewing, serving, and drinking Bearpaw River brews. Sheesh. Can you believe it? 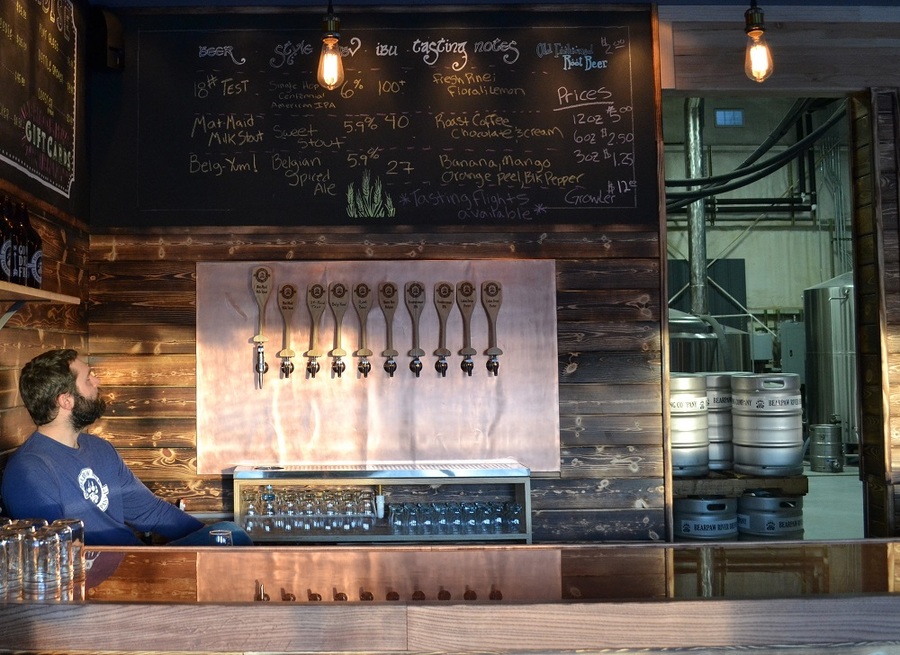 So we thought we would take this opportunity to press the pause button and take a look back at what we’ve been up to in our first half year of having switched on the neon OPEN sign. The most important news is that while we opened on 19 December with four beers on tap (two IPAs, a Milk Stout, and a Belgian), Jake has managed to brew five additional styles (a Dubbel, a lager, an English Ale, a Wheat Ale, and a Dunkel brewed with Occidental Brewing in Portland). What’s more, Jake has also started a small-batch experimental series, which has included a Jalapeno IPA, a golden ale brewed with agave nectar, a cask-conditioned stout, and an Alaskan cranberry-infused Belgian beer. Thirsty yet? 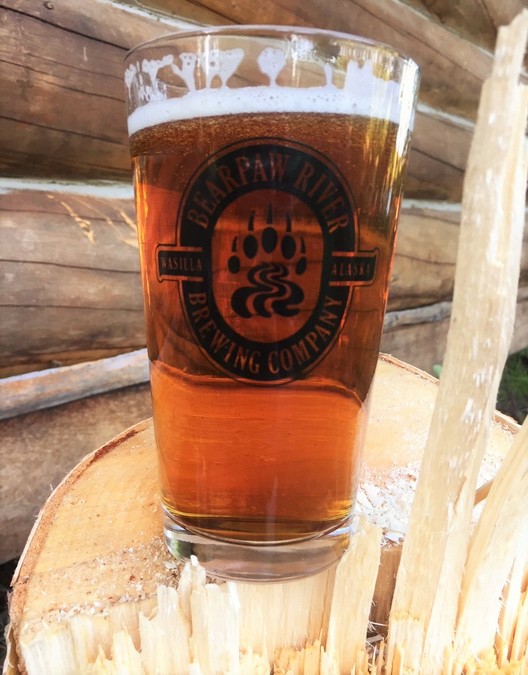 We’ve also been on a lucky streak of drafting three awesome craft beer aficionados onto the team: Mel, Jeni, and Rob – all first-round picks who have definitely lived up to the hype. They’re working hard at, among other things, what must be the most important step in the whole grain-to-glass process: putting a cold pint in your hands. 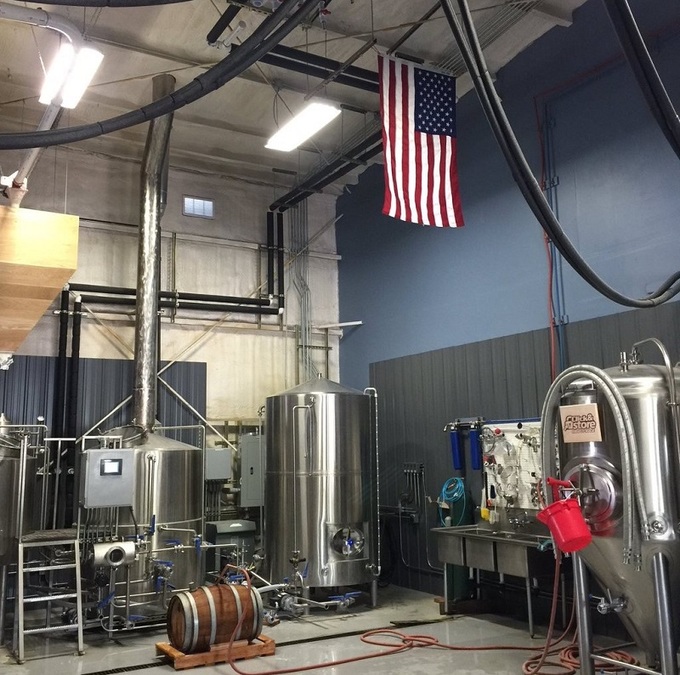 In our first six months we’ve managed to fit in not one but two festivals. The Great Alaska Beer and Barleywine Festival takes place each year in January, so we had sent in our application for the festival before we even opened our doors. By the weekend of the festival, though, we were seasoned veterans, having served pints in the taproom for all of a month. We also attended the Alaska Crafted festival in downtown Anchorage, organized by the Brewer’s Guild of Alaska. It was the first of what will hopefully be many more Alaska Crafted events, and we hope the BRBC will be around to attend every one. In a way, we are both in the same kindergarten class. The layout of the tables at Alaska Crafted was arranged by regions across the state. This suited us just fine, as it meant we were in a cluster with our friendly neighbors at Arkose and Denali. 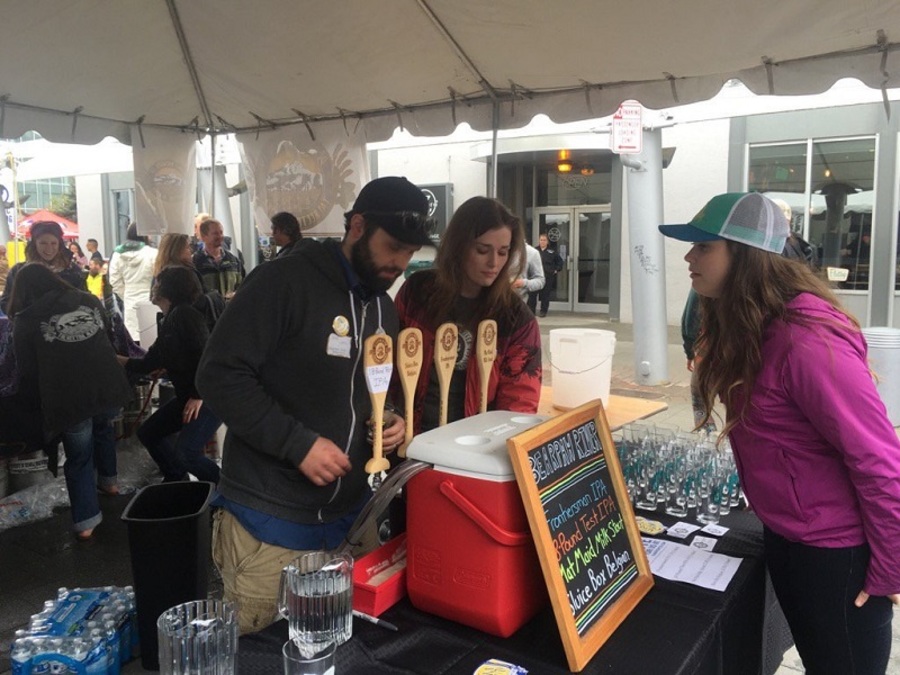 The Alaska Crafted festival took place at the end of the week-long party known as American Craft Beer Week. For us, this was a good chance to celebrate both craft beer and the Red, White, and Blue. Our week included not only the festival, but also a posh beer dinner at the Grape Tap, a 5k run – “There’s No Place Like Nome” – to help support Mari Troshynski and Red Dog Racing for Iditarod 2017, and a raffle to help raise funds and awareness for the Mat-Su Trails and Parks Foundation, who are doing some great things for our community. The week was a high point for us in terms of partnering with great local businesses and organizations, but we have been working with local folks from the time we opened. For instance, this summer we are sponsoring a softball team, we’ve joined forces with the Pubhouse in Anchorage for a January beer dinner, and then a summer solstice BBQ block party on, well, 21 June. We’ve poured beer at a Shoot for the Cure event, at a Mat-Su Convention & Visitors Bureau event, and on the links at Settler’s Bay Golf Course. 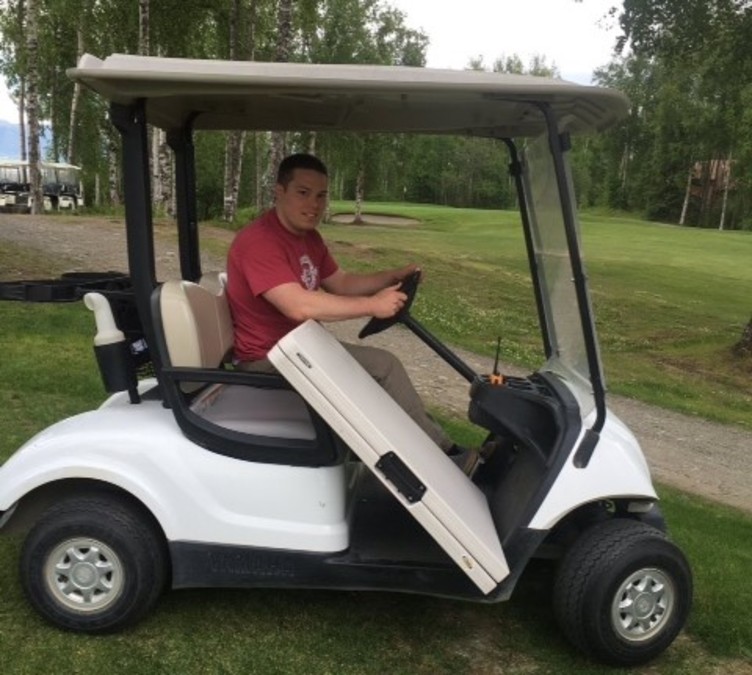 We’ve been keeping things fresh in the taproom as well. The best local food vendors drop by regularly, including Oh My Goodness Sammies and Pies, and JR’Smoken Chicken. 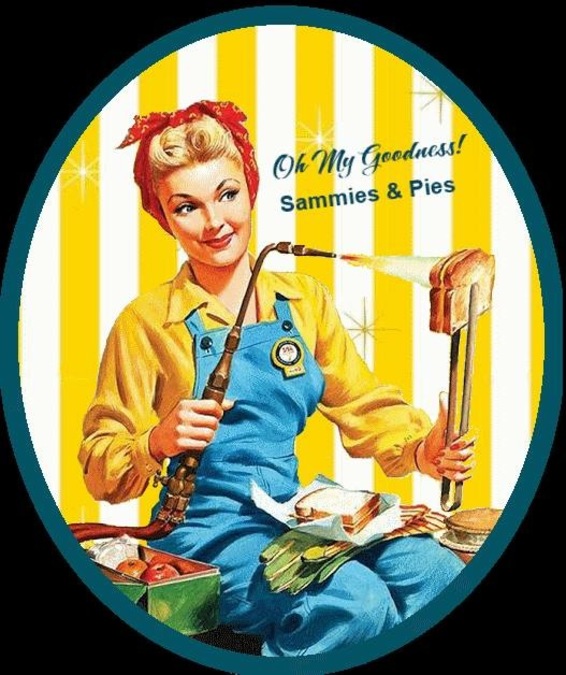 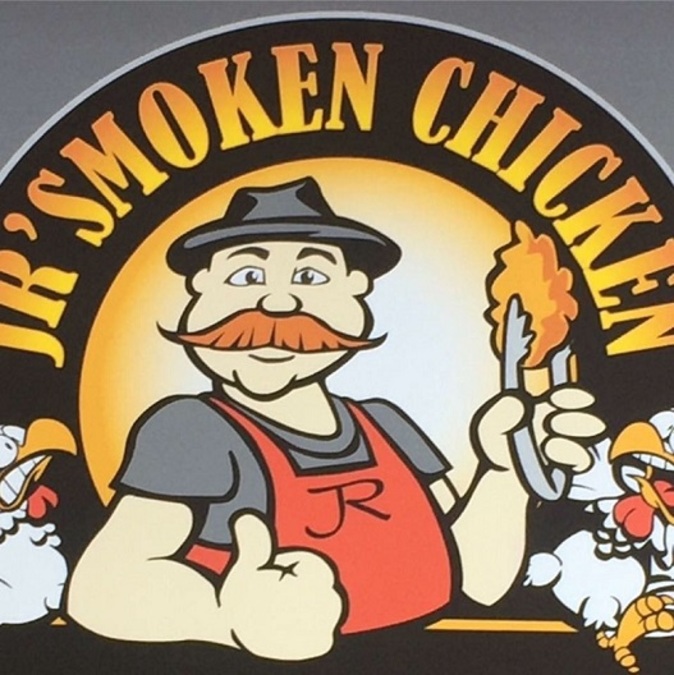 Local talent Jason Parsons of Big J’s BBQ catered our Kickstarter Backer party, and The Lead Dog swung in during the winter to serve up delicious reindeer sausages. On top of all this our neighbors at Thai Asian Cuisine cook up some amazing grub, which they happily deliver to the taproom, and if Thai food doesn’t hit the spot, famous Pizzeria Delphi just opened up a satellite pizzeria less than a quarter mile down the road, and they deliver to the taproom too. Wouldn’t you believe our luck! 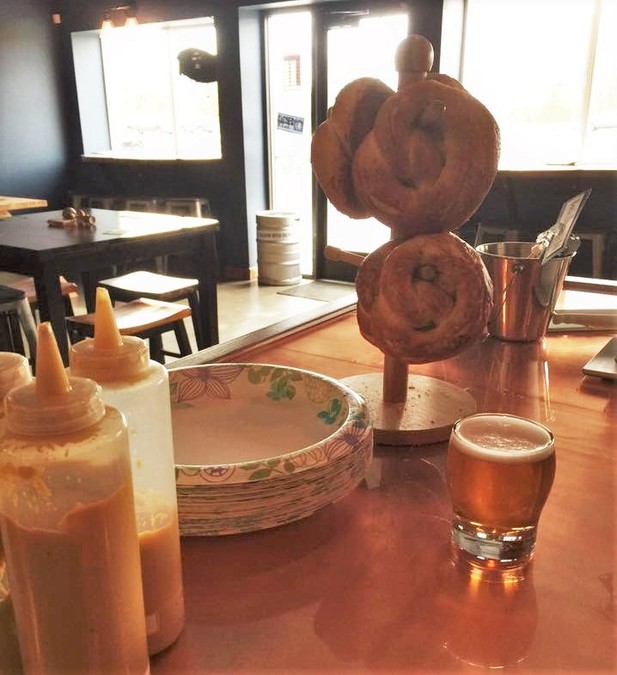 North Star Bakery is just a tankard’s throw away, too, and every Thursday morning they bake us a batch of delicious pretzels for “Pretzel Thursdays” in the taproom. You would be hard-pressed to find anywhere in the world – outside of Germany – a comparable offering of the freshest pretzels and the freshest beer! We’ve teamed up with North Star LYF for Yoga in the Brewery, or “Brewga,” once a month, and we have a Paint Night in the brewery once a month as well, in which Artists Uncorked leads a sip-and-paint class in the brewery. We’ve recently set up an exhibition space in the taproom where local artists can showcase their work. The first exhibition is up now, and we plan to hold a new art debut, where folks can meet the artist, on the first Friday of each month. 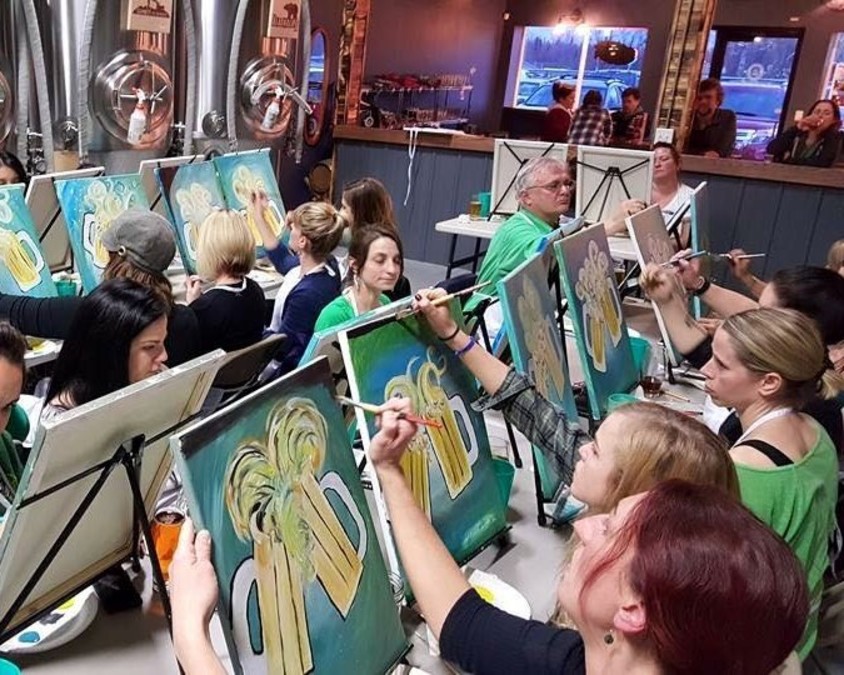 These first six months have also seen some expansion in the taproom and the brewery. The biggest development is the addition of an outdoor Beer Garden, with three picnic tables and flower baskets from Jacobsen’s Greenhouse. 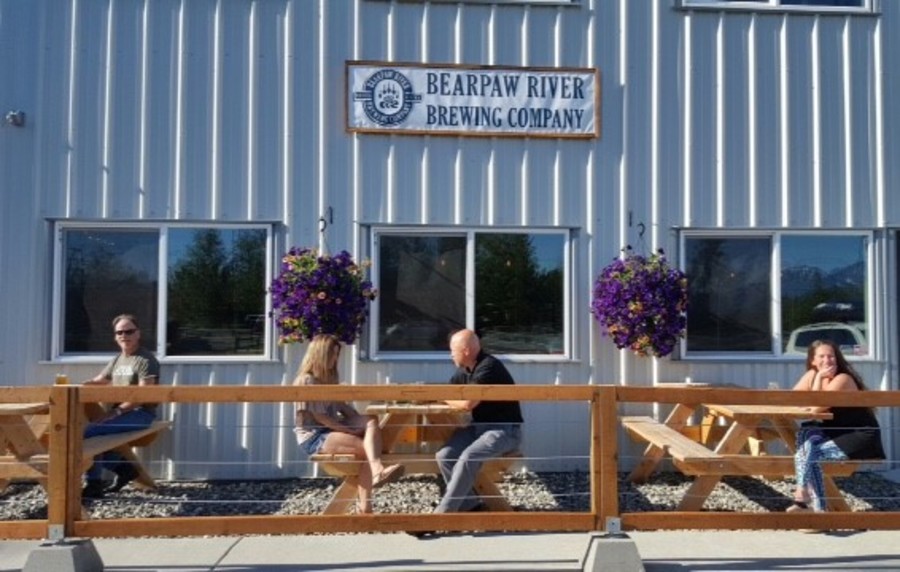 We want the Beer Garden to be a place where folks can catch summer rays while sipping on a refreshing beverage. We’ve added two picnic tables to the indoor seating as well, and we’ve built a new swag stand for all our BRBC merch, including our new Frontiersman IPA soap made by a local craft soap maker. 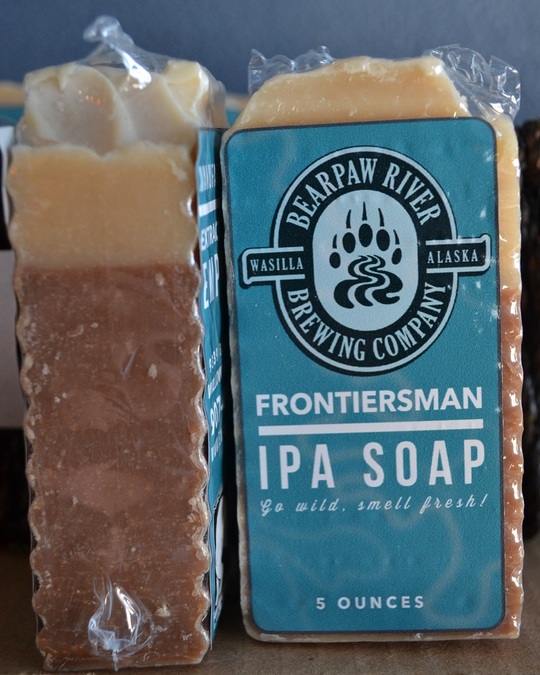 On the brewery side, Jake has been tinkering with several improvements, especially to our homemade keg washer – first name “Frank” and last name “Stein.” We’ve also added fifty new kegs to our fleet, each of which is greatly needed to keep the beer flowing. 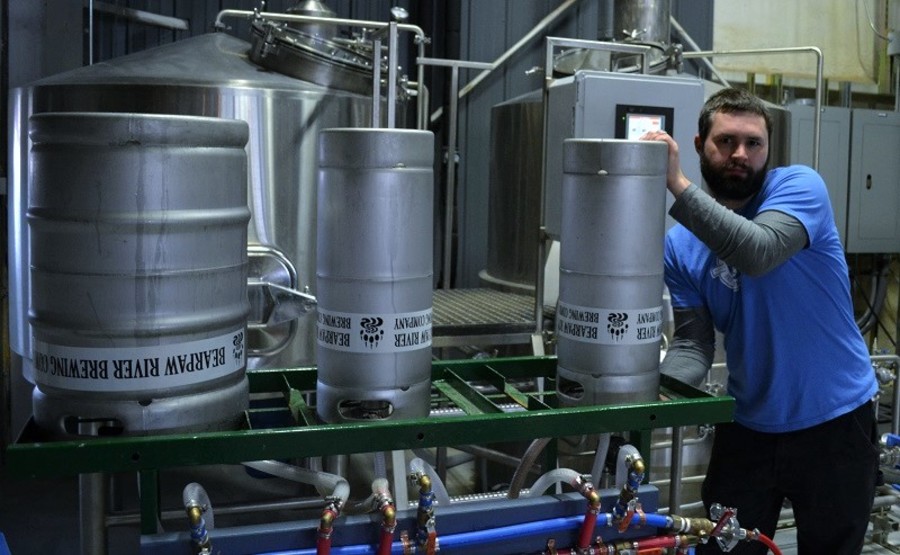 The new kegs have helped us get BRBC beer out into the world beyond the taproom. Jed has been out talking with folks in Anchorage and the valley, and we are very happy to have had our beers on tap at the following eating and drinking establishments: the Grape Tap, Schwabenhof, Three Bears Growler Bars, Palmer City Alehouse, Eagle River Alehouse, Fat Ptarmigan, Pubhouse, Spenard Roadhouse, La Bodega Growler Bar, and the Brown Jug Growler Bar on Old Seward. Each of these are legit places to find Alaska craft beer, and we’re proud they’ve put us on tap. 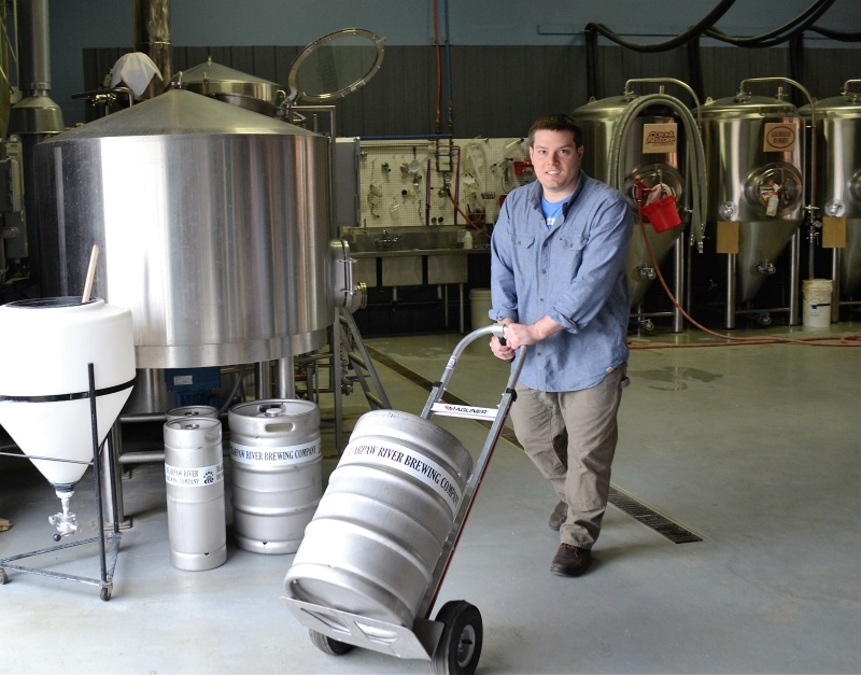 So what’s in store for the BRBC in the second half of our first year? It’s hard to say for sure, but we know that whatever we get up to will involve more fun and more tasty craft beer. Here’s to the future! 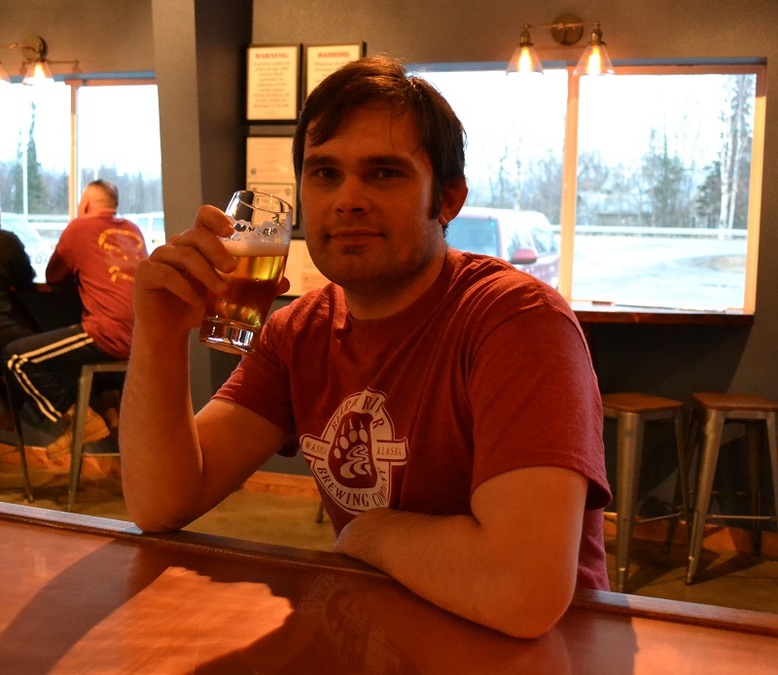