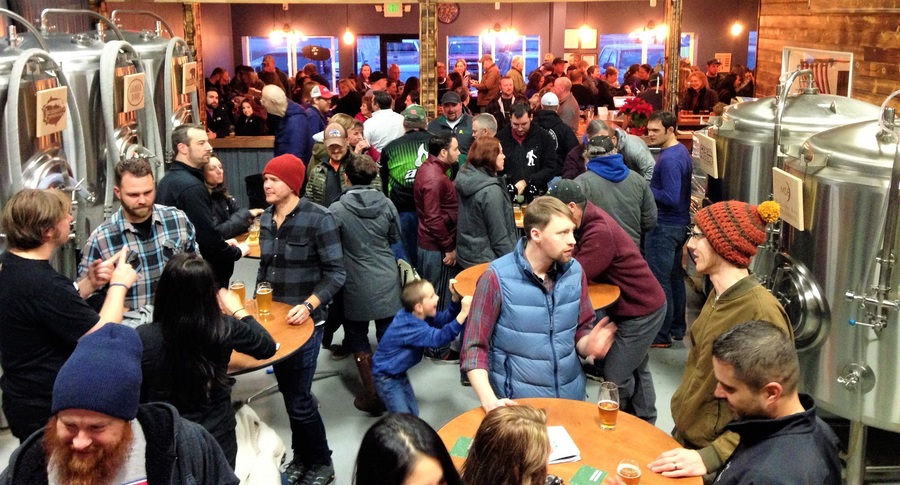 It’s been a whirlwind since we last checked in. The big news, of course, is that we’re finally OPEN. Our Grand Opening was on December 19th. James and Katie arrived the week before, just in time to help the rest of the BRBC crew with all those little things that need doing last-minute when planning a big party, like arranging the food (thanks Oh My Goodness Sammies and Pies!), and putting up the Christmas tree (thanks mom!). There was also a lot of work in the brewery and taproom beyond getting kegs of beer in the cold storage: Jamie designed and created the chalkboard art and taplist, and James and Katie hung some old pub signs they brought over from England. 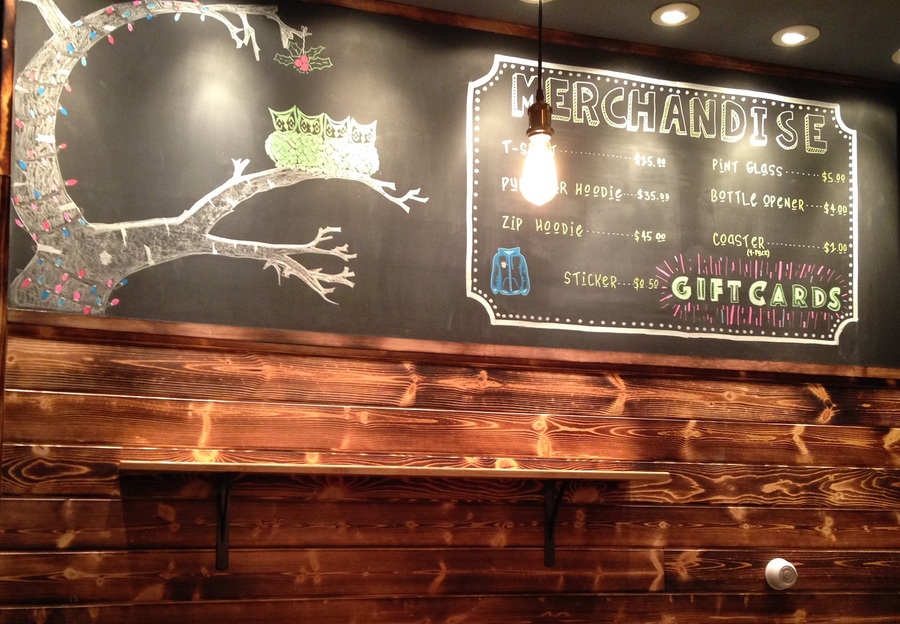 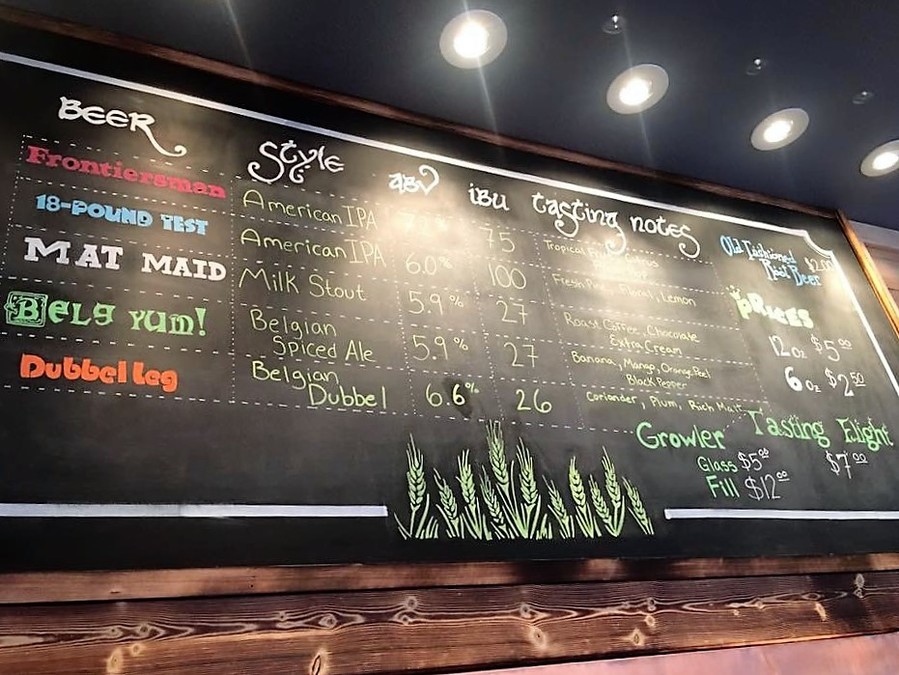 Jed and Carly put together our swag display at the last minute too, while Jack finished the tables at the taproom windows, to name just a few eleventh-hour projects. Along the way, Jake and James took some time out to chat with Brian Lee at Valley Radio Q99.7, and meet up with Channel 11 News for a spot on the brewery and the opening. Jed also sat down with Dr. Fermento for an article in the Anchorage Press. 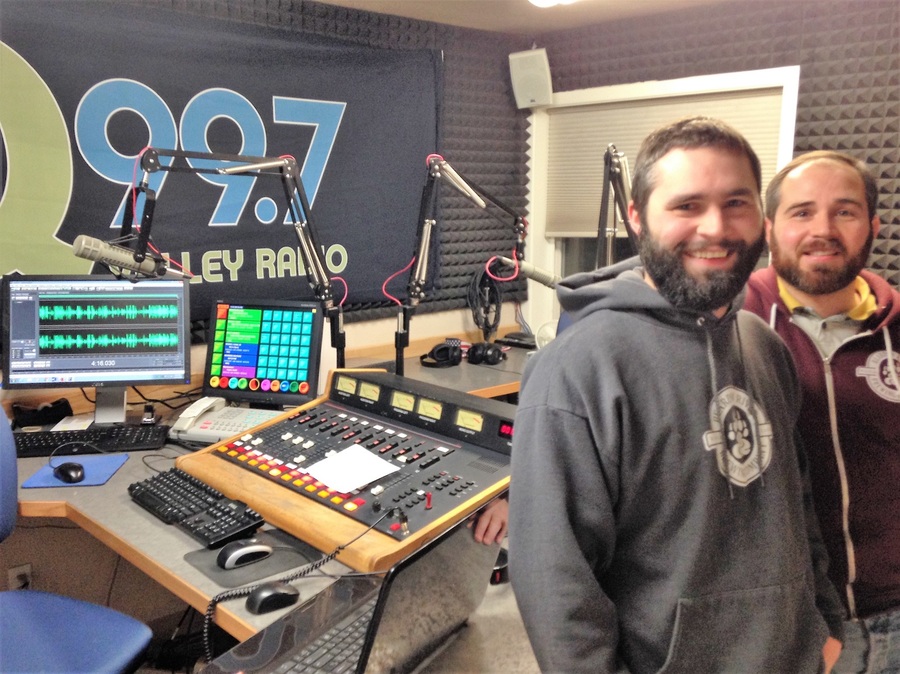 On the Big Day itself we had lots of help from friends and family, and we owe a great debt to each and every one of them for this and countless other acts of generosity. From noon until 8pm beer flowed from our ten taps at the bar, and from five more at our festival table in the back of the brewery. 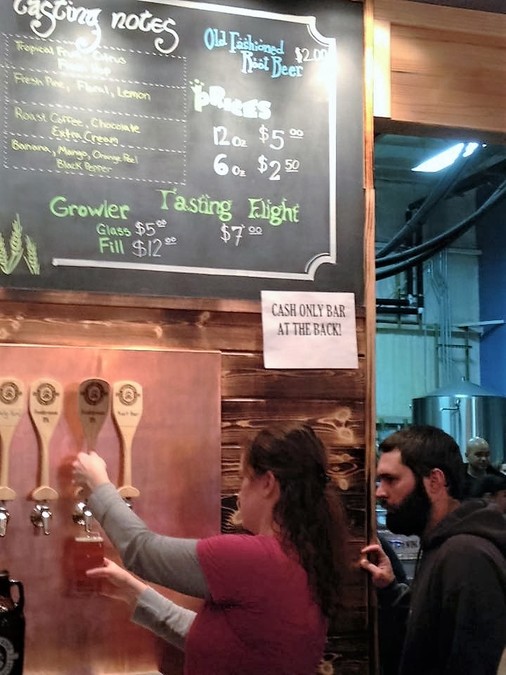 But there was more than beer on offer. The sammies and pies – including a beef and beer pie made with Mat-Maid Milk Stout – were delicious, and the vibe in the brewery was exciting and fun. It was a great party! 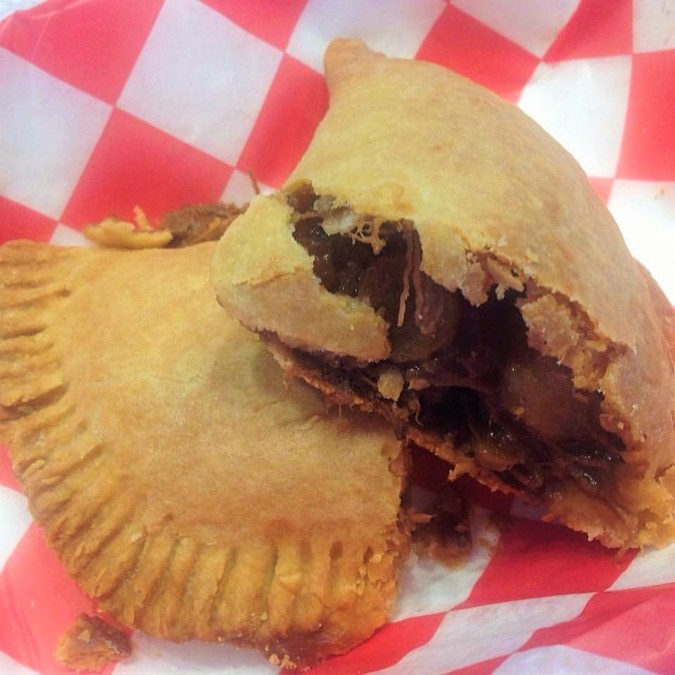 The next day, after a long night of cleaning, we opened for our first “ordinary” day at 12 noon. After three years of planning, eleven months working on the brewery build-out, and six weeks actually brewing beer, we were open! It turns out that making and serving beer really is as fun as we thought it would be. Especially fun, we found in the first weeks of being open, is when we can serve beer to those who have been supporting us, which is why we were so looking forward to the Kickstarter Backer Party. On the Saturday after Christmas, 2 January, the local crew from Big J’s BBQ came in and set up in the back of the brewery. We had also just introduced our first “new” beer, a 6.6% Belgian Dubbel. Conditions were perfect for the Backer Party. 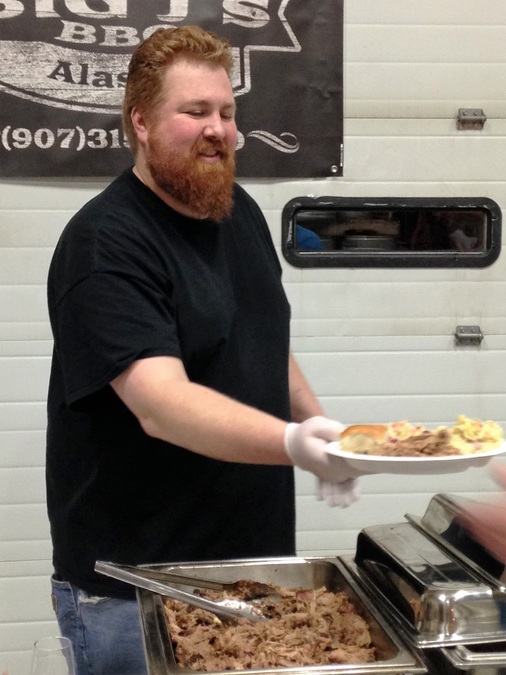 And what a party it was! We handed out Kickstarter rewards, munched on pulled-pork sliders and sides from Big J’s BBQ, and imbibed some tasty brew. The real treat, though, was getting together with so many supporters in one place. It seemed like all the Backers had a good time, and we sincerely hope that they did; for our part, the whole BRBC crew had a blast! 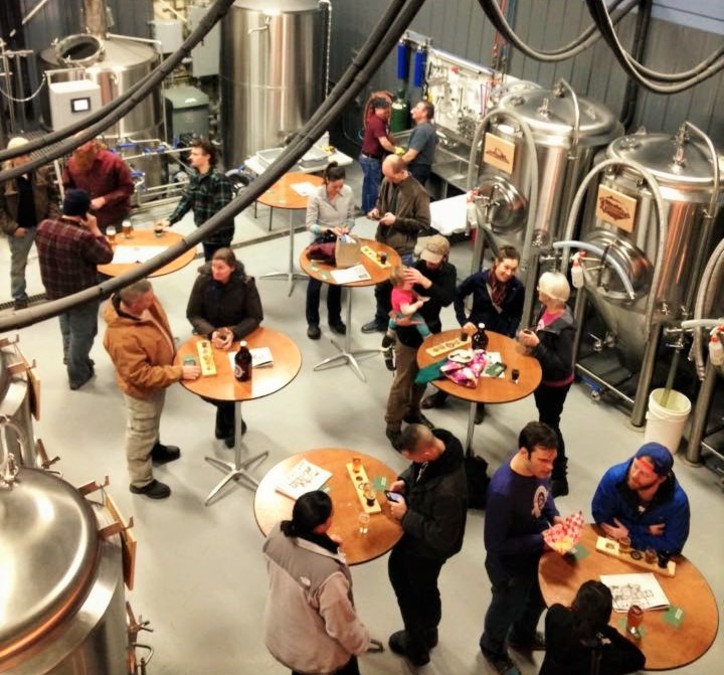 When will we have the next big BRBC bash? It’s already in planning…